You may have noticed that fracking is the Tory party’s favourite energy source at the moment.  They recently changed the law, for example, so that fracking companies can drill horizontally underneath other people’s land.

Last week, the Tories, Lib Dems and UKIP councillors at the county council threw out a petition from local residents to make West Sussex a “Frack Free Zone”.  Only Labour councillors and a handful of others supported the residents.  Given how close we are to Balcombe, this is a matter that should concern us in Crawley, too. 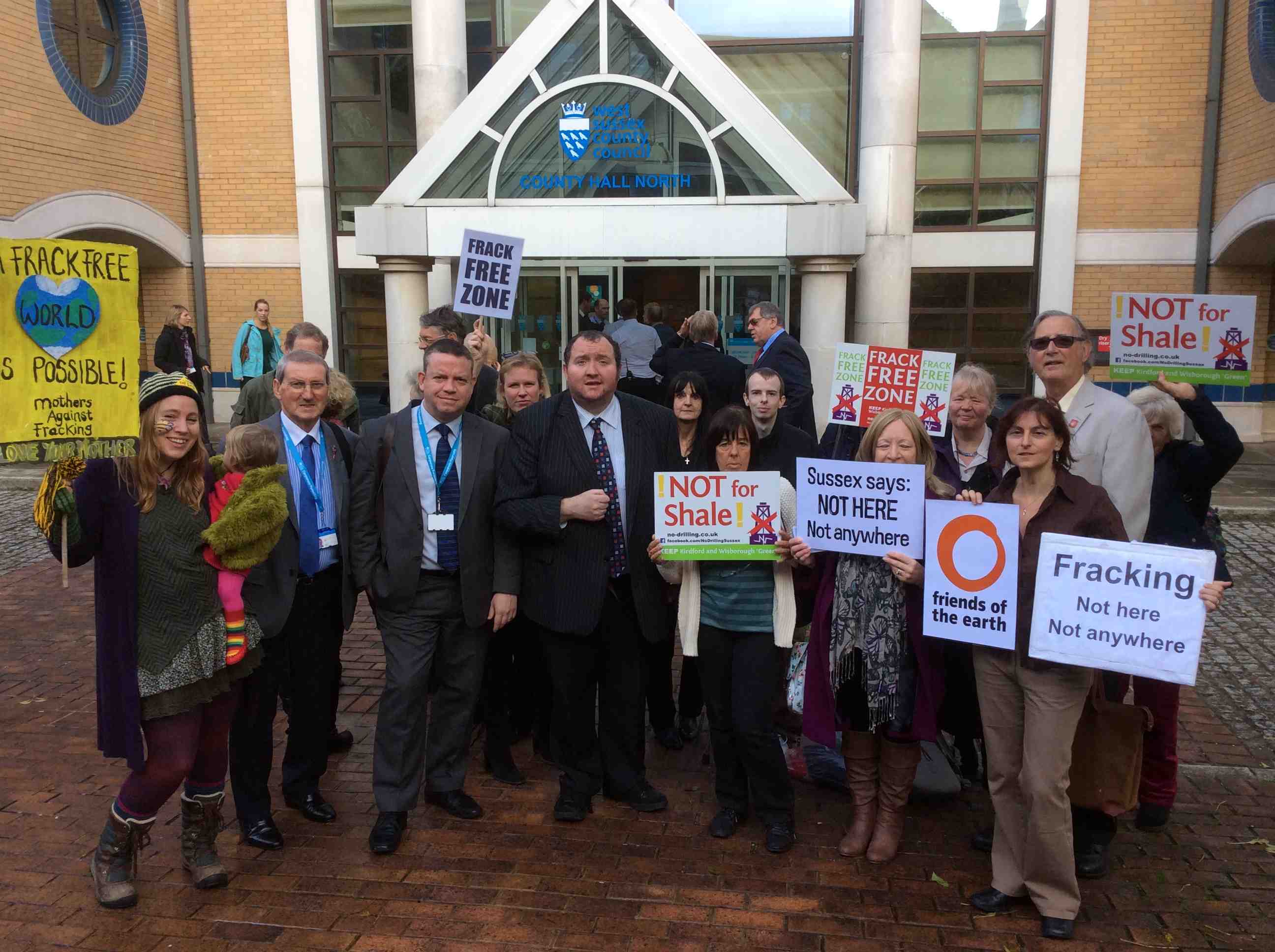 The coalition Government is rushing into widespread fracking without considering the implications.  Nearly every year we have hosepipe bans and experience a drought.  Fracking uses seven million gallons of water to flush each shale well, which will only exacerbate this problem.  Instead of investing in renewable sources which would provide a cheaper, greener solution to our energy security problems, the Government has cut such funding, while encouraging fracking.  (They soon forgot “Vote Blue, Go Green”, didn’t they?)

Ministers claim shale gas and oil will mean cheaper energy bills for us all, but sadly this will not be the case.  Fracking might bring a small benefit to the national economy, but consumers won’t see cheaper bills because of it.  Energy is traded on the European market and it is this market price that drives the cost.

Not every area has space to drill, so counties that do, like West Sussex, will have to host substantially more wells. The wells will also be accompanied by the infrastructure needed, all the trucks, water, chemicals and so on meaning busier roads and more pollution.  Unlike the USA, the UK is densely populated, so there will be a real impact on our local landscape.

What we also know from the US is that, individually, shale gas wells do not produce much gas compared to a North Sea gas well.  Nor do they produce gas over a very long period either.

It seems ridiculous to me that local communities can object to having a wind turbine or solar panels in their area, but not a fracking well pad (the size of two football pitches).

Whether the economic benefits outweigh the cost to the environment, in any event it does not strike me that the residents of West Sussex emerge from this as winners.