This report details some of the things I have been up to in the European Parliament and across the South East of England. If you have any questions, please do not hesitate to get in touch.

The South East’s Voice in Europe

As recent events in Paris showed, following on from horrendous attacks in Belgium in 2014, Norway in 2011 and of course in London in 2005, our continent still harbours a minority of prejudiced people who are determined to persecute others for their beliefs.

This year’s Holocaust Memorial Day was especially poignant for two reasons; because it occurred just after the Paris attacks, and because it comes 70 years since the liberation of the Auschwitz-Birkenau concentration camp, where it is estimated that more than one million people lost their lives. The message for this year’s Holocaust Memorial Day, which I commemorated in the Parliament along with many other MEPs, was ‘Keep the memory alive’. As time passes, the number of survivors still with us dwindles but it is important that their stories are not forgotten.

I am trying to use my role as an MEP to fight for human rights to be respected both within the EU, and beyond it. The enlargement process- whereby new countries join the EU- must be used to promote human rights as well as the rule of law and economic reform. Montenegro is likely to be the next country to join the EU. As Chair of the Parliament’s Delegation for relations with Montenegro, I have been highlighting the need for human rights to be respected. In particular, I have called on Montenegro to strengthen institutions intended to prevent discrimination, such as the Ombudsman, and to focus more on combating violence against women, LGBTI people and people with disabilities.

I am also trying, through my work in the Parliament, to support local businesses, and particularly small and medium-sized businesses. Lots of constituents have contacted me about major changes to the VAT regime that came into effect on 1st January 2015. These changes were aimed at clamping down on tax avoidance practices by big online retailers like Amazon, but lots of people were worried that they would have a major impact on individual online traders and entrepreneurs, including potentially forcing some out of business. These worries were not made any better by very poor communications from the UK government. Fellow Labour MEPs and I took this up with UK Ministers and European Commissioners, to try and get much more clarity for people likely to be impacted, and to explore what else can be done to make the impact on small and individual traders as minimal as possible.

In the Parliament I also supported the launch of the European Year of Development, called for an alternative to ISDS (secret courts) within the TTIP EU-US trade deal and spoke out against tax evasion.

Working across the South East

Unlike UKIP MEPs, I am working hard across our whole region and in the parliament on the issues constituents say matter most to them. Like our fantastic Labour councillors and MPs, I want to show people the significant and necessary difference that electing a Labour representative can make.

In January I joined Andrew Pakes, our candidate for Milton Keynes South, for a tour of Lohmann Industries in Milton Keynes, met with representatives of the National Farmers’ Union to discuss a number of issues concerning famers across the South East, and met with the Chief Executive of HS1 at Ebbsfleet International.

I have also been active in taking up the issues and concerns that constituents have been contacting me about; since May 2014 I have responded to 8,872 constituents’ letters and emails.

In a region with the same size population as Austria keeping in touch with constituents isn’t always easy. My small team and I are working hard to use every tool available to us. There are regular updates on my website, Facebook page, and YouTube channel. I get out on the doorstep speaking directly with constituents as often as I can and in January I met local residents in Aylesford, Deal, Milton Keynes, Oxford, and Reading. I frequently tweet about what I’m up to and write a monthly e-newsletter to constituents.

I have also been undertaking interviews with local and regional news agencies throughout our region.

I hope you have found this a useful insight into what I’ve been up to and you can read my full report here. If you have any questions please don’t hesitate to get in touch. 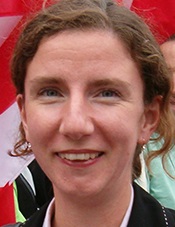