Chris Oxlade Labour’s candidate in Crawley contacted his local hospital following claims of a large increase in the number of doctors and nurses at the hospital since 2010 on the local Tory MP’s election leaflet. The leaflet says there has been an increase of “over 200 doctors and nurses” in Crawley Hospital as quoted from Secretary of State for Health Jeremy Hunt MP in Parliament.

However, Crawley hospital confirmed to Chris Oxlade that there are only 16 doctors and 73 nurses working at the hospital in total. This is significantly lower than the figures given by the Secretary of State (an increase of 97 doctors and 107 nurses since 2010).

Chris Oxlade said: “The claims the Tories are making about our local NHS hospital seem wildly different from the reality on the ground.  Serious questions need to be asked of the Secretary of State as the increase of 97 doctors and 107 nurses at Crawley Hospital since 2010 certainly seem to be misleading.  Those of us who know Crawley Hospital, know that sounds like complete fantasy. The hospital confirmed there are only 16 doctors and 73 nurses (including healthcare assistants and midwives) working in Crawley Hospital in total. So where are the additional 81 doctors and 34 nurses the Secretary of State and our local Tory MP are talking about?” 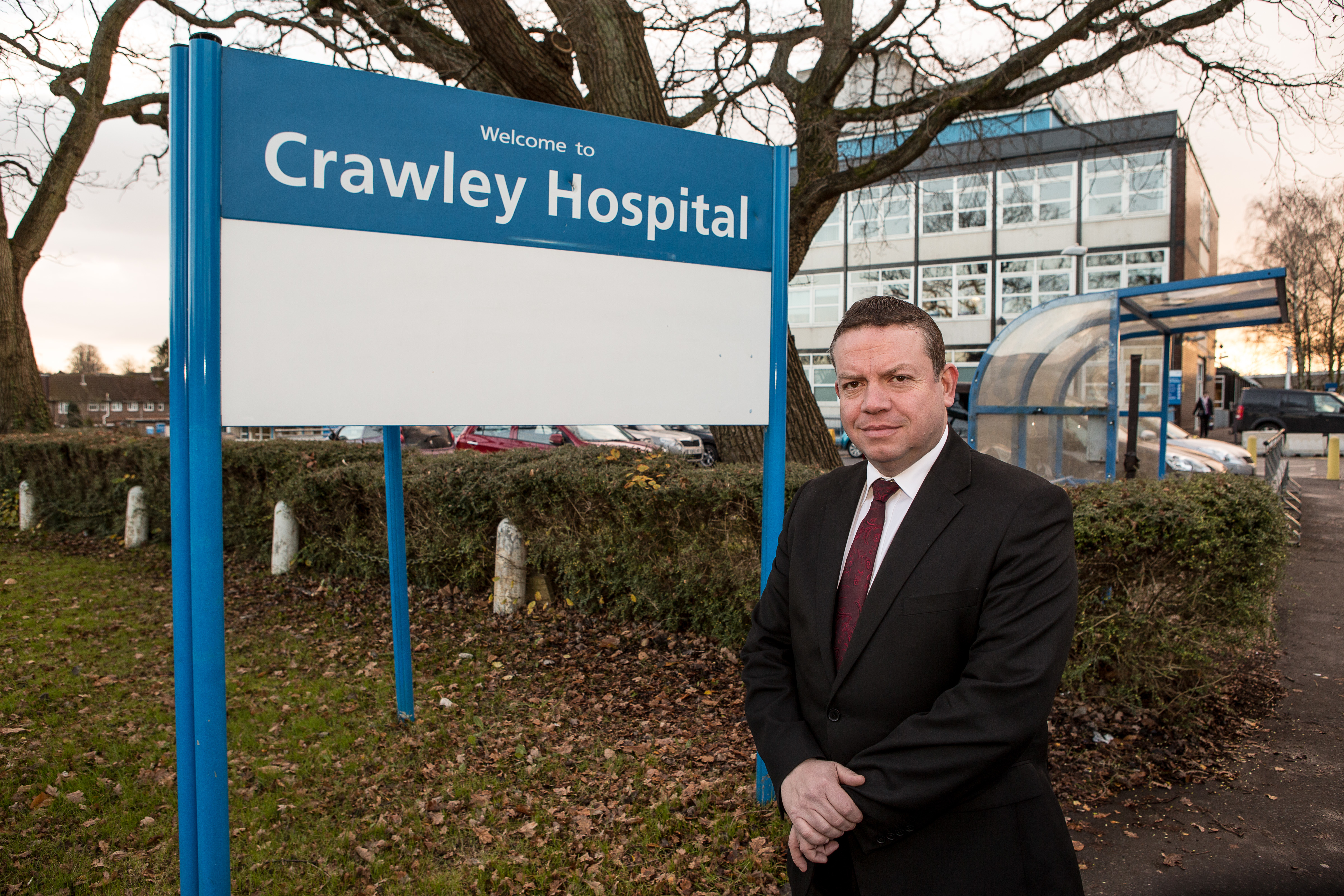 “These seem to be dodgy figures and it is shocking to see on Tory leaflets going out across our community.  It is disrespectful to our hard working NHS hospital staff delivering services on a fraction of the personnel the Tories are claiming exist and trying to take credit for.  We all know you can’t trust the Tories with the NHS but I think people in Crawley will feel lied to over this. The Secretary of State needs to clarify his claims and these election leaflets should be withdrawn as soon as possible.”

Following an investigation into the claims by The Crawley News, the Department for Health confirmed the claims are untrue.

Exchange in the Chamber between Tory MP and Sec of State, from Hansard:

In 2005 under the previous Labour Government, Crawley hospital’s A and E department was closed, but I am pleased to say that in recent years health and other emergency services have been returning to the facility. Will my right hon. Friend consider centring more emergency centres in Crawley, as the natural sub-regional population centre?

Jeremy Hunt: The Secretary of State for Health

I congratulate my hon. Friend on his campaigning for Crawley hospital and pay tribute to staff at the hospital, which was rated “good” by the Care Quality Commission last year as part of the new inspection regime. He will welcome the fact that since 2010 the number of doctors at the hospital has increased by 97 and the number of nurses by 107. Of course, we will always consider ways to improve services for his constituents.