This is my first time standing for council and I am immensely proud to be doing so in the ward where I have lived for over 20 years, Pound Hill South & Worth.  I’m working really hard with the campaign, thoroughly enjoying it, and am determined to speak personally to as many residents as possible before the election on Thursday 5th May. Election literature has been delivered throughout the ward as well as a letter from myself concerning the ongoing parking issues that we face in Pound Hill South & Worth.  I received many interesting responses and the various examples highlighted by residents are exactly the kind of problems that I want to be involved in resolving should I be elected.

But Labour don’t win in Pound Hill I’m often told. You can’t win in Pound Hill South & Worth others have said.  Not me.  Whatever you’re doing, you only get out what you put in and I have, and will continue to, put in an enormous amount of effort because I am passionate about representing the good people of Pound Hill South & Worth.  I’ve been knocking on doors, talking to residents and have been really encouraged by the reception I’ve received from the many Labour supporters within the ward and also those that would not normally support Labour.

Many decent people in Pound Hill South & Worth voted Conservative in the last general election, and many of those were understandably upset by the spectacularly unfair recent budget.  And now we have the Panama Papers and tax avoidance issues hitting the national news. As a result, many local Conservative voters have suggested that they are prepared to show their dissatisfaction at these local elections and, impressed by my commitment to the ward, have indicated that they are going to support me. I won’t let them down.

Others are concerned that County Council commitments could adversely impact on a Borough Councillor’s ability to represent their ward.  This is not a problem for me.  If elected, I can guarantee that I will be 100% committed to Pound Hill South & Worth only and I will not be influenced from Chichester. My message to all residents is that I will be your voice on Crawley Council, I will ensure that the residents of Pound Hill South & Worth are heard at Council meetings. 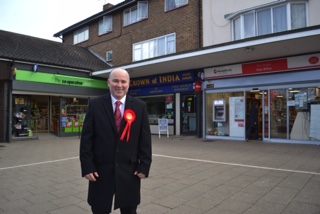