Labour has welcomed the latest figures released by Ipsos Retail Performance, highlighting Crawley’s increase in footfall as the 5th best in the UK, one of only seven UK retail centres seeing their footfall improve.

Over the last couple of years, Labour has brought forward investment in the public realm of Queens Square and the surrounding streets, filled empty units resulting in a major refurbishment of the ‘Body Shop building’ to accommodate Decathlon, saved Crawley Market and moved it to a new location, supported the massive regeneration of the Crawley Station site, and seen new housing and retail units being brought forward on the Boulevard and Broadway.

Discussions are now in progress to deliver improvements along Station Way and Friary Way, and work is well underway to find a better use for the Town Hall site. 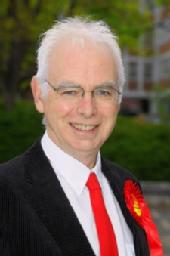 Cabinet Member for Planning and Economic Development Cllr Peter Smith said: “When Labour gained control of the council, after eight years of Tory stagnation, we found a blank sheet of paper where a regeneration strategy should have been. We’ve worked hard to get things in order, investing in Queens Square, marrying up empty units with new retailers and supporting private investment on derelict sites.

“There’s a long way still to go but our strategy is finally moving things forward and the recent footfall figures highlight the progress Labour is making on town centre regeneration.”