Tory-run West Sussex County Council is proposing to axe £6million from its budget by combining -; and privatising -; a number of services designed to help the county’s youngest and most vulnerable children. 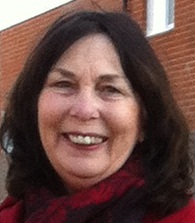 Cllr Sue Mullins (Ifield East and Gossops Green), Labour group leader at West Sussex County Council said: “The discussion on this subject at the Select Committee was needlessly and ridiculously rushed. There was no time for proper consideration of such an important proposal.  It was claimed that the reorganisation of these services had nothing to do with saving £6m, but that is untrue – the two are inextricably linked.  Why else the rush to push this through?”

“The high level of risk by introducing a re-designed and privatised service by 1st April next year is unacceptable,” said Labour group councillor Michael Jones (Southgate and Crawley Central).

“The council hasn’t even bothered to consult the 546 staff likely to be impacted by these changes, let alone the people who use these services.  Ultimately, they will suffer if the service deteriorates. And let’s face it, the County Council’s record of outsourcing services is far from satisfactory.”

The council’s decision subsequently published was ‘called-in’ by Cllr Jones and supported by Labour group councillors which, if the request had been agreed, would have seen the decision paused and a special meeting arranged to look at the proposed arrangements in depth.

However, the ‘Business Planning Group’ (BPG) meant to decide how to allow democratic discussion of council business refused to put the decision on hold, with the committee splitting down party lines and the Conservative majority refusing to allow the challenge.

Michael Jones continued: “This is a whitewash, and it speaks volumes when challenged the Tories simply refuse to discuss the matter any further.  That is not just undemocratic, it’s a dreadful way to run a council.  Risking the care and education of our most vulnerable children to outsourcing is simply not the answer.

“The council should be involving staff to help design new services, not simply imposing an ideological model on them, with a high risk of redundancy and inevitably a poorer service.

“There’s no hard evidence to tell us how the £6m savings will be made. But surely there is an argument for spending more not less in this area?

“We need the council’s decision to be withdrawn immediately to give all councillors ample time to thoroughly scrutinise the entire proposal, discover where those savings are likely to be made and give due consideration for continuous provision of in-house services. There is no justification for fragmenting this sector of essential children and family support by inviting the likes of Virgin in to run it.

“Only then can we make a fully informed decision on the best type of service we must provide to help our most vulnerable children, families and young people.”