Last week saw county council elections across the UK. I would like to thank everyone who took the time to turn out and vote, whoever they cast their ballot for, for helping to keep our democracy alive.

Here in Crawley, Labour won five of the nine seats up for election, losing only a single seat despite the Conservatives’ changes to seat boundaries making it harder to win. It was humbling to see people turn out to vote Labour against the tide of negative press nationally, we don’t take your vote for granted and your local Labour Party will always work to put Crawley first.

As announced in last week’s Observer, I will be running for Parliament on the 8th June as Labour’s candidate for Crawley. I come to this election having served Crawley as a local councillor for Broadfield South and Chair of the group on the council responsible for ensuring that the Budget is balanced and provides for residents’ needs without costing the Earth.

Under Labour, Crawley has seen amongst the lowest council tax increases in Sussex, we’ve run a balanced budget while maintaining services, bringing forward plans for 1,250 new affordable homes, and kick-starting the regeneration of the Town Centre. I believe that it is Crawley Labour’s commitment to the town and record of delivery which is why voters keep putting their trust in the party. If elected to parliament I will continue to put Crawley first, ensuring the town gets its fair share of investment in schools and health, while keeping public finances in check and delivering more affordable housing.

I work in Manor Royal as an Engineer for Virgin Atlantic. My day-to-day role is fixing problems. I don’t think anybody believes the country is working at its best. Nurses are using food banks to get by. We’ve lost 10,000 police officers since 2010, while crime is going up. Schools in Crawley are considering a 4-day week to cope with underfunding. All these problems need fixing. Elect me on 8th June and I’ll work to fix them, delivering government that works for the many, not the few. 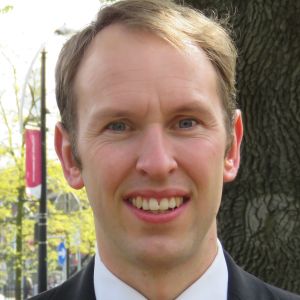